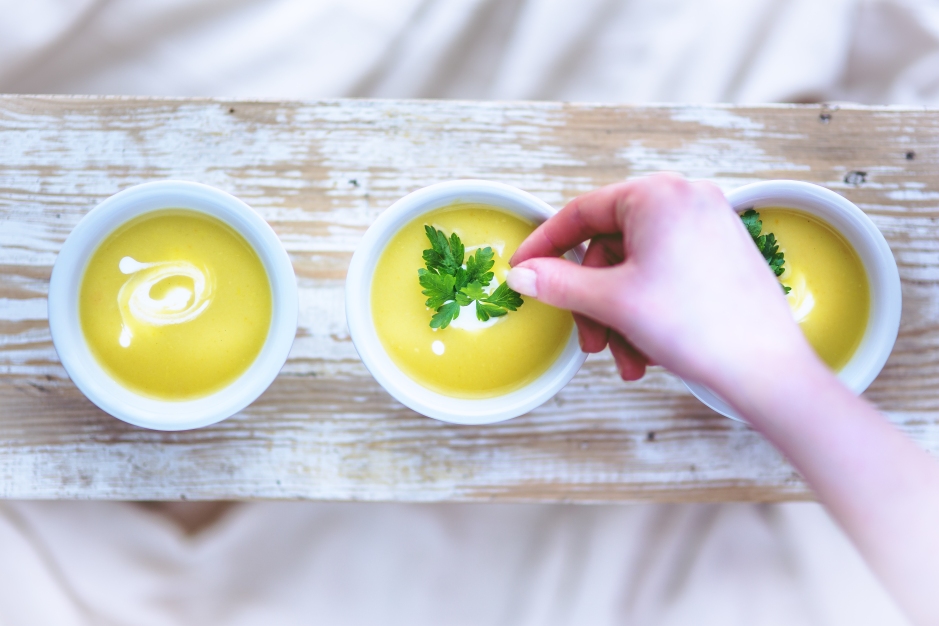 I recently interviewed a chef who, although agreed to discussing gender inequalities in the kitchen, ended up being a complete misogynist. I was disappointed at first, especially at myself for naively thinking because she’s a female chef she would be feminist. But then I realized that I could use it as an opportunity to discuss how some female chefs contribute to their own oppression.

Erin McKelle explains internalized misogyny really well: “Internalized misogyny as the involuntary internalization by women of the sexist messages that are present in their societies and culture. Basically, that means that we hold misogynistic ideas ourselves, even though we are women. It’s involuntary because the sexism that is present in our culture is taught to us through socialization (the process of learning culture through social interaction), a process we don’t have much say in. It’s through observing, learning, and understanding society that you come to hold common attitudes and beliefs, including misogynistic ones”.

Here are some examples of internalized misogyny that I’ve encountered among chefs:

There’s a lot of harassment and assault that happens in a kitchen. Every time a woman is brave enough to share her experience of abuse, there are always other women saying that they would have never let that happen to them. For instance, the chef I interviewed said, “I know there’s a lot of people who say there’s a lot of discrimination but it depends on how you carry yourself”. This basically means if you carry yourself in the right way, you won’t be harassed and/or assaulted. But if you don’t, it’s your fault for being harassed and/or assaulted. This is pretty much why most women won’t come forward and report abuse. By engaging in victim-blaming attitudes, society allows the abuser to perpetrate relationship abuse or sexual assault while avoiding accountability for those actions.

The quote in my title is actually from the chef I interviewed. She explained that she hates working with women because they’re all jealous and competitive with other women working in the kitchen. This stems from society’s idea that women should be competing for the man’s attention as an ultimate goal. So I definitely don’t find it surprising that she’s had this experience with other women. At the same time, generalizing your experience to all women and saying you prefer working with men is misogynist. It’s also harmful since it stereotypes women as ‘bitchy’ and difficult to work with, whereas men are cool and fun to work with. How come when a man does something awful, they’re seen as a shitty individual, but when a women does something awful the entire gender is blamed? Your experience with a few women shouldn’t be associated with an entire gender. Also, if you can proudly say that you hate working with women, the chance of you being competitive with other women is pretty high.

This goes into the point above. Some chefs have said that they fit into the kitchen because they’re like ‘one of the boys’. This idea is very damaging not only because it stereotypes women as all the same, it also implies that being a woman is a negative thing. This is called the “special snowflake” complex, which is when a woman separates herself from other women by buying into sexist stereotypes. It’s the same thing as saying you’re ‘not like other girls’. By saying that, you’re implying that women are inferior. It’s so weird to me when female chefs say this since cooking is stereotyped as a feminine thing? Like haven’t you ever heard those dumb ‘women should be in the kitchen’ jokes? Oh right, because once you turn it into a business it suddenly becomes a macho man career… ?

I’ve heard quite a few female chefs saying they hate being labeled as a female chef. They’re reasoning behind it is that they just want to be seen as a chef and erase gender from the picture, “it doesn’t matter if you’re a man or a woman it’s the food that should speak for itself”. This in theory sounds nice, and I do agree. But it’s missing the point.You’re ignoring the fact that the kitchen is a male-dominated space. So when a woman does break the glass ceiling, it’s a big deal. Not acknowledging your gender is also not acknowledging the discrimination and oppression women have had to face to get to where they are now in their careers. When too many people make the assertion that racism and sexism and all those issues no longer exist, through the argument of “not seeing X,” then it may cause some people to actually believe that, but it does nothing to solve the discriminations plaguing real people who suffer them. Worse, it hinders progress, as it asserts that no progress need be made anymore.

I’m sure there are plenty more examples, but the main point is that women contribute to misogyny almost as much as men. Another important note that’s often overlooked is that everyday people contribute to sexism. Although you may think they’re just harmless jokes or comments, they build up and become apart of how we think. And it’s not our fault, society taught us to think this way. Like the chef I interviewed was actually very kind to me, and I’d like to think she has no idea that her thoughts and actions cause violence towards women. It takes awareness, time, and effort to unlearn all the things you originally thought were truths. These people just need healing, but in order to do that we need to spread awareness and call people out people for their misogynist behaviour. I met up with Kate on a quiet Sunday in the Financial District. We were both pretty tired from working the night before, so I get some caffeinated tea to wake me up a bit more and start asking her about how she got into bartending.

At 20, Kate realized that a 9-5 job wasn’t for her and quickly landed a job as a bartender in a rough, blue collar type bar in Steveston (a fisherman town in BC where she’s originally from). It was a very rough clientele, so she developed a thick skin soon after working there.

“There was a guy named Terry who was a laborer, who did very well for himself. He was part of a group of men that would come in from 3pm – 6pm and they were like 40 something year old married men that were very vulgar and rough. As you pass their tests of the few months of you serving them they would relax a bit and treat you a little bit better. Terry though was actually quite perverted, inappropriate with the young female serving staff. One day he brought a porn magazine and was reading it at the bar, and showed me an article that said “tattooed women are better in bed,” and I took the magazine away and walked to the back of the kitchen and gave it to the chef who immediately said this is inappropriate. Terry ended up screaming at me yelling to give it back and I said ‘you know you can’t bring stuff like that in here’. He then stormed into the kitchen, and I followed him and said ‘you can’t go in there’. A verbal fight kind of ensued and he started saying things like ‘you manipulate all the men, I know your tricks, I know your games’. And it just, he and I just had a lot of tension because I really didn’t like him. Anyways, the owner of the restaurant heard about it and banned him. He ended up coming to Superbowl months later and apologized to the owner and brought me flowers. I wasn’t ok with that. I still didn’t want him in here so I told the owner that as long as I worked at the bar I didn’t want him here. But as soon as I left, he was back.”

“It’s trying to find a balance between having a thick skin, having moral boundaries, having self-worth, it’s exhausting you know? The balance between being fun and doing your job properly. A bartender is supposed to provide not only good service but good energy.”

“Do you find that you’re constantly thinking of that when you’re working?”

“What’s that process like? Could you give me an example of an interaction?”

“There’s scales, like scale systems that I play in my head. So usually I give every person, like clientele whether they’re old or new, I give them a scale system in my head. Everyone for the most part starts off like a baby being born, like everyone is at 0, which is neutral. And then I kind of make tick marks in my brain, whether they do inappropriate things or how they might just word something or look at me. Sometimes you know you can get really creepy eyes from someone, they may be very simple in their request for a drink and may not say much to you but you might get the most creepy kind of like makes your skin crawl vibe from this person. So at that point you know that you still have to serve this person, so then you start to put up [walls]. Over the years I’ve learned to have certain protective coping skills. Certain body language I’ll do.”

“I’ll usually be like quick and fast in how I might put the drink in front of them. I’ll definitely avoid standing in that vicinity of the bar whereas if I’m enjoying somebody’s company and I feel a good vibe from a certain couple of seats I might linger there more while multi tasking or doing something else. But if someone said something that made me feel uncomfortable, I might avoid that area unless I absolutely have to for service.”

It’s not all creepy men though. Being a female cocktail bartender, you can get some sexist comments every now and then. It can just be little things like ‘you’re good for a girl’! Kate recalls one time where a guest was joking about how she made a paper plane, which is a cocktail that is shaken double strained in a coupe. She says, “there’s a perfect timing and balance to how that cocktail is chilled and diluted and that has to do with the kind of shake you have and how hard and efficient you can shake as well as how you can properly move the ice in the tin. So there will often be jokes that like ‘well yours is good but he can make a better one because he’s stronger’.” Yeah, because shaking a cocktail obviously takes the strength of an Olympian medalist…

It doesn’t matter where you go, sexism is alive and well everywhere. But if you’ve been keeping up with the American election you probably already knew that.

You can find Kate shaking paper planes and probably talking about something really personal about her life at Drake One Fifty.